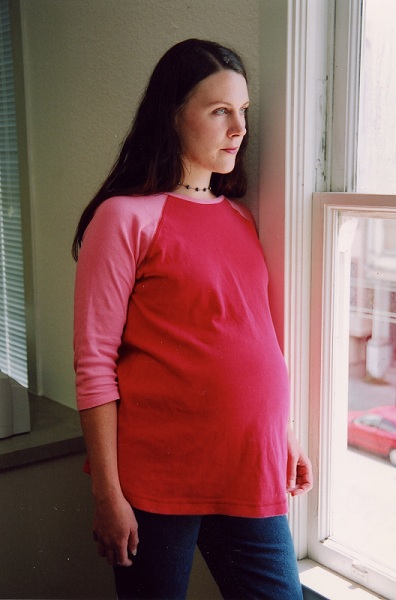 Many adoptive families looking to adopt a baby through open adoption will at some point find themselves sitting down to fill out detailed questionnaires about what kind of baby they envision adopting. Sue and Jeff* decided to consider a birthmother who had used drugs during her pregnancy.

“We wanted to keep the door open to whatever adoption possibilities came up,” says Sue, the adoptive mother of Haly. That’s how they found themselves consoling a tiny, fretful infant in the neonatal intensive care unit of St. Luke’s Hospital in San Francisco.

Haly was born addicted to methadone. Her birth mother was a heroin addict who checked herself into a methadone clinic when she discovered she was pregnant. She considered adoption early in the pregnancy, but didn’t make a final decision until she was in the delivery room. Haly’s birthmom called Adoption Connection from the hospital for help finding a family for her baby.

“We’re not here to lobby anyone into adopting a baby who has experienced prenatal exposure to drugs,” says, Randie Bencanann, LCSW, Adoption Connection co-director, “but we are available to help people gather information, explore their options and decide what they’d like to do.”

Whenever there is known substance use by the birthmother, the prospective adoptive family will want to “try on” their decision. Making realistic assessments of their capacities for parenting will ensure that they are prepared for what their child may, or may not, need in the future.

12 Tips in Adopting a Drug-Exposed Baby

“I always want to talk to the adoptive parent about their comfort level with the possibility of family therapy, individual child counseling, or educational testing and evaluation,” says Randie. While for some families the response would be “Of course,” others might find this a daunting prospect and outside their comfort zone.

Data collected by The Agency of Healthcare Research and Quality reports that babies experiencing drug-related symptoms after birth has risen by 45% since 1995. The swing upward is caused by a variety of factors: an increase in drug use in pregnant women, the greater increase in prescribed medical treatment for pain and depression, and better testing and care.

For Sue and Jeff the call from Adoption Connection sent them on a research mission. They scanned the Internet, read journal articles, and talked to neonatologists and pediatricians. “It was difficult to find robust information saying that exposure to heroin and methadone in utero leads to specific long-term consequences,” says Sue.  “When Haly’s birthmother chose us, we were thrilled.”

“This experience brought out all our instincts for loving and supporting a vulnerable human being,” recalls Jeff. “The drug-exposure, which was so defining for those first three weeks, doesn’t come up any more. Now, she’s just a normal kid.”

Sue and Jeff’s experience is not atypical. When prospective adoptive parents are confronted with the possibility of adopting an infant or child who has been exposed to drugs, the first order of business is to do research, and a lot of it. Predicting the effects of prenatal drug exposure is complicated and imprecise and each situation needs individual assessment.

One of the key factors is which drug or drugs the mother used. Surprisingly, hard drugs like heroin and cocaine do not present as serious problems for infants as the legal drugs like tobacco and alcohol can. “I’m far more concerned about the negative effects of alcohol and smoking than I am about heroin,” comments Robert Roth, M.D., the neonatologist who guided baby Haly’s withdrawal. “When people hear cocaine or heroin, they get very upset, but babies exposed to tobacco can have serious growth problems, and alcohol has demonstrated and persistent effects.”

Dr. Roth suggests that parents considering adopting a drug-exposed infant get a thorough assessment of the baby by a neonatologist – a pediatrician who specializes in newborn care. Drug tests for the mother and infant can determine whether a baby needs to undergo withdrawal. If a medically supervised withdrawal process is necessary, he encourages adoptive parents to become actively involved, spending time cuddling and bonding with the baby.

Whatever the birthmother’s drug use, Dr. Roth recommends having a free and frank discussion with the doctor caring for the baby. Doctors working with newborns have seen thousands of babies, so they have an excellent sense of when something is physiologically, neurologically, or behaviorally off.

If problems like developmental delays, learning disabilities, attention difficulties, psychological nuances, or changes in mood or behavior show up, Zanko urges parents to be aggressive about seeking medical consultation. “There are lots of programs in the community that support early childhood development.” she says.

Ira Chasnoff, M.D., the nation’s leading researcher of the outcomes of children who were prenatally exposed to drugs, comments that many foster and adoptive parents have gone through long periods with difficult, drug-exposed infants who have eventually become well-adjusted children.

One of the strongest indicators of a positive outcome in children are the child’s caregivers. A recent study by Bergin and McCullough in Infant Mental Health Journal followed babies whose mothers had used substances and babies whose mothers did not use substances. The prenatal drug exposure did not play a role in how the babies attached to their primary caregiver. What did play a role was the nurturing, stimulating and stable environment of the babies. Care giving does make a difference in helping children reach their maximum potential for learning and socializing.

From an adoptive parent’s point of view, it’s reassuring to know that the home environment plays a large role in reversing the effects of drug exposure. “If you decide to take the risk, you can make a big difference,” comments Dr. Roth.

This article was previously published by Adoption Connection in another form.
Some of the names in this article have been changed in order to preserve privacy.