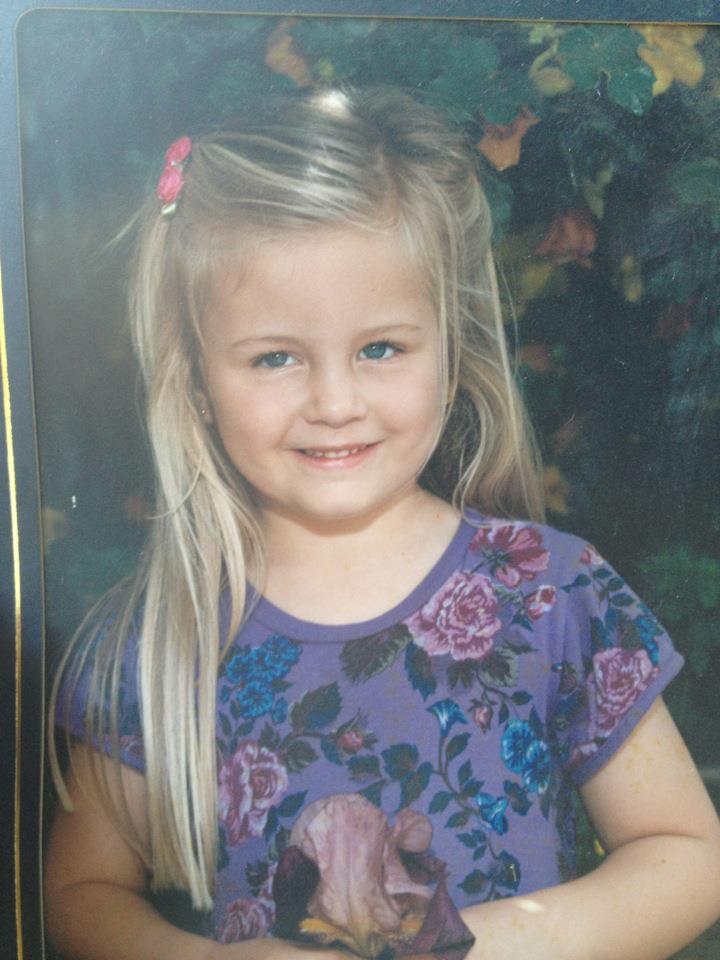 Her eyes bulge and take up most of the space on her round face. Her thinning, blond hair stands up in places like pieces of fine straw. My birth mother looks over 60, but she is not a day over 45. I guess alcohol, cigarettes, and the Arizona sun will do that to you. People say we look alike, Tina and I, but it’s hard to tell.

Tina gave me up for adoption when I was born, and I grew up in Berkeley, California, with my parents. I always knew who she was, and from an early age we would visit each other. A few times Tina came up from Arizona with my half siblings, Sky, Tonya, and Buddy. I had what is called an open adoption, so my birth mom and siblings were never a mystery.

It was the summer after my sophomore year when I decided to find my birth father. Up until that point, I had been content knowing that he was Welsh and that his name was Neil. Tina and Neil had split up after I was born, so I had never met my birth father. Some people thought I was crazy. I could hear them tell my parents in hushed voices, “She’s never going to find him” or “Are you sure this is a good idea?” My parents somehow understood that this was something I had to do, so in the beginning of August, 2008, I boarded the plane to Phoenix.

The day after my arrival in Phoenix, my half sister, her three kids, my birth mom, and I began the hunt for my birth father. We made a game out of our search in order to keep my nieces and nephew from being bored and told them that the first one to spot Neil would win a special prize. We had only been driving for 15 minutes when my niece screamed, “I see him!” We all turned to look out of the window in the direction her little finger was pointing. He was driving a Harley, his long, blond hair flowing behind him like a wild horse’s mane. He fit my birth mother’s description perfectly. We were about to wave him down when suddenly he turned his face, and my birth mom said, “That’s not Neil, baby.”

I felt like a bounty hunter, asking around for information, “Excuse me sir, do you recognize this man? When was the last time you saw him? Did he say where he was headed?”

We drove to Jerome, the city where I was born, and walked into the notorious biker bar, the Spirit Room. Tina interrogated the bartender, and we learned that Neil had left Jerome and had picked up a job as a mechanic in a town about an hour and a half away. As we left the mountains of Jerome, the sun was beginning to set over the desert, and questions began to resurface in my head. How would he react to me? Are we even going to find him?

Early the next morning in the motel, after three cups of coffee with no sugar and two cigarettes, my birth mom opened the phonebook. She found three possible listings, so she ripped the page from the book and we were on our way to the first address.

Outside of the house, resting along one wall, stood a Harley. Tina glanced at me before she got out of the car. “Wait here,” she told me.

The man who answered the door had long, blond hair. He gave Tina a hug, and they both laughed and smiled. Tina motioned for me to get out of the car, and I slowly walked to where they stood. Neil’s reaction was not at all what I had expected. He threw his arms around me and exclaimed, “Wow! It’s really you! Look what we did, Tina!” Aside from his charming accent, you could never guess that he was from Wales. He looked like a desert cowboy, right in his element in the middle of Arizona.

Tina and I stayed with Neil most of that day and attempted to catch up on all the years we had missed. We talked about basketball and movies, about music and our personal memories. I learned that knowing who my birth father is doesn’t make me a different person, and it doesn’t change the last 17 years of my life. I discovered some of my habits in Neil, but I realized that I am my own person, independent of my birth parents and my adoptive parents. I belong to and cherish two different families in two different worlds, and I have found my place somewhere in between. While I discovered a companion in Neil, I also found strength in myself. I didn’t expect Neil to stay in my life or suddenly take on the role of “dad.” I already had one of those. But Neil did want to remain a part of my life, and I enjoy the postcards he sends me every couple of months. I think the next one’s coming from Mexico.

Guest Blogger Danielle Liana Diamond was born in Cottonwood, AZ. Her birthmother, Tina, placed her in an open adoption with her parents in Berkeley, CA, when she was just a few days old. Danielle has a passion for singing  and for martial arts. She earned her black belt. She moved to Israel this past summer and is currently completing her year of national service. Next year, she hopes to begin her studies at Bar Ilan University. She feels privileged to have not one, but two families.