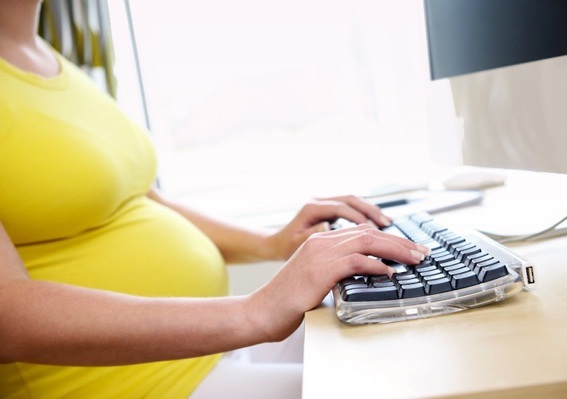 Sara and her husband, Bradley, had recently completed their homestudy when they met up with friends for dinner to talk adoption. What came up were a recent blog about how a family found each other through Craigslist and a Huffington Post blog on the same subject. They piqued Sara’s interest, and she started investigating what type of Craigslist ads she could legally post in the hopes of connecting with a pregnant woman considering adoption.

Sara and her husband had just recently joined Adoption Connection’s Birthmother Outreach Program, but says, “I’m a really results driven person and the adoption wait was really hard, especially since we’ve been trying to grow our family for four and a half years before we even started to work with Adoption Connection.”

Since state laws vary, prospective adoptive parents can legally post Craigslist ads in some states, while they are prohibited from doing so in others. Sara decided to give posting on Craigslist a try and began looking into the states that she could post legally. She researched the regional demographics, looking for smaller towns with populations where younger people lived, like college towns. After crafting a short post that included her family’s adoptive family website and phone number, she began to post ads throughout the United States. In total, Sara posted in 75 cities with 86 postings in all. Sara says, “I kept track of them on a spreadsheet because in different regions ads expire at different times and I didn’t want to overdo by posting too much – that would be tacky.” Sara mentions that it was a lot of work keeping track of the ads, posting them, and corresponding with people who contacted her.

Very soon after posting in the Craigslist “community” sections, Sara received her first few texts and phone calls: a teenager from Iowa, another from Missouri. At first, Sara was overwhelmed by the level of texting that she was doing with women and girls from throughout the country. She recommends that if other families take this approach, they should be very comfortable texting and gathering small bits of information through a line or two of text. It was tempting for her to recommend to the texter to call her instead so she could get the full scoop immediately. “My husband always reminded me,” says Sara, “If she wanted to call, she would!” This was advice she took. She found that some women who texted would continue for a few days to a few weeks, while other women she was ‘chatting’ with would disappear.

Randie Bencanann, LCSW, Adoption Connection’s co-director, met Sara and Bradley at a “waiting to adopt” support group at the agency. From what she heard from the family, she knew they had the energy, comfort, and willingness to dive into the relatively unknown territory of using Craigslist for an adoption search. Randie says, “It was clear they wanted to take an active role and were up for the prep work, executive management, and intense interaction with potential birthparents.”

Soon, Sara received a very thoughtful email from a couple in the Midwest. The couple explained that they were currently parenting a child and the timing of a new pregnancy wasn’t right. The two couples exchanged pictures and emails and a few days later chose a time to Skype. “It was a little awkward, says Sara. “We were all hesitant because we had found each other on Craigslist – we had some trepidation.”

As their relationship grew, the adoptive family flew out to meet the couple, and both families decided that they would move forward with the adoption. As with any adoption, the adoptive family went through many emotions, including fear and anxiety, as the months went by. Sara and her husband chose to help the birth family with pregnancy-related expenses, legal in California. “I had to ‘let go’ and shift into the more mysterious and go-with-the-flow kind of place, “ says Sara. “Whenever I got scared, I would remember the big picture, that this family is possibly placing its child with us.”

Sara stresses that having a professional team behind her was imperative for support and advice. “Don’t try it (posting on Craigslist) on your own,” says Sara. “I don’t think adoptive parents are equipped unless you have a social worker or counselor at your back. I’m so glad I was working with Adoption Connection. I was over my head quickly and needed support to find my way.”

Randie Bencanann agrees. “In reality,” she says, “the adoption was totally a team effort, as it is in most adoptions. I want to also stress that Craigslist worked really well for Sara and Bradley, but it’s definitely not for everyone.”

Sara says, “Through the whole adoption process, you really have to let go of control. You can’t ultimately know the outcome, and that is challenging.” But as new parents of a baby daughter, Sara and Bradley are thrilled that they decided to use Craigslist as a means of outreach.

*Names were changed for confidentiality.

For information about which states allow prospective adoptive families to post Craigslist ads, as well as for guidance and support, contact Adoption Connection. You can also find a full listing of adoption laws at the U.S. Department of Health and Human Services website.

Related Posts: A Blended Adoptive Family – Writing Their Own Story