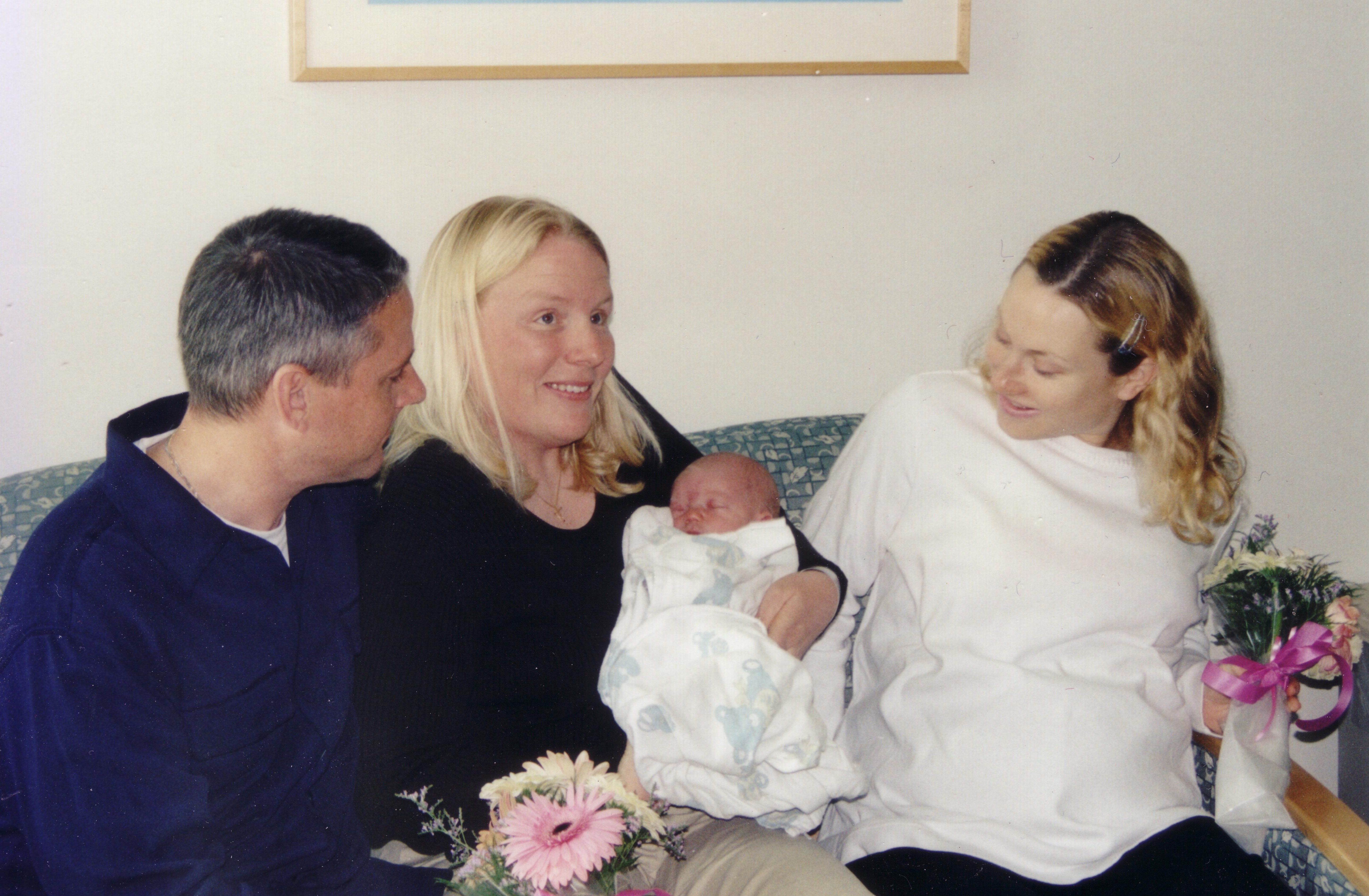 Rituals have always been used to signify a change or rite of passage, or to mark a transition in the life of a person or community. Although they are often interwoven with religious traditions, rituals can be anything that symbolizes and celebrates a life change.  We mark birthdays, baptisms, bar/bat mitzvahs, and weddings with a special ceremony, so why not open adoptions?

The transfer of parental rights from one family to another in an open adoption is bittersweet. The birthmother is giving up her role as caregiver while the adoptive parents are gaining a new family member to love and nurture. The role of a ritual–or adoption entrustment ceremony – to honor this event is becoming very common as adoptive and birth families feel empowered to create open and trusting relationships.

Just as each open adoption unfolds differently, each entrustment ceremony is unique and can be tailored to fit the needs of the birth and adoptive family. Ideally, the ceremony should emphasize that the two families are now creating a new, extended family connection that will forever honor and respect the birthmother’s biological bond to the child.

Make sure that the ceremony is directed as much as possible by the birthmother and her family. (It is okay if it is planned by the adoptive family, adoption agency, or clergy member if it suits the situation.)

Invite key contributors: the birthmother and selected family members of her choosing, along with the adoptive parents and the baby.

Make sure everyone has a role in the celebration, however small. Poems or religious passages may be read, or perhaps both the birth and adoptive parents can speak about their hopes and love for the baby.

As with all festive rituals, flowers, food, candles, and meaningful music can all be a part of the ceremony.

There is no right or wrong way to plan an adoption entrustment ceremony. Do what feels right and what will contribute to connection and meaningful memories.

Adoptive parents Karen and Chris suggested the idea of creating an entrustment ceremony with Denise, their son Jonah’s birthmother. Before the ceremony took place, the couple videotaped Denise holding Jonah and saying her goodbye on camera. (She had said a private goodbye the day before.) The family brought in a local pastor to lead them in a few readings, and the adoptive family shared an oath and a commitment to raise their son in a strong and loving home. Flowers were exchanged, and birth and adoptive grandparents and friends were present to witness the special ceremony.

For Karen and Chris, the ceremony strengthened their sense that their son was “officially” theirs to raise, and it legitimized the adoption process. “I felt like Denise was saying her goodbye and we were saying hello,” says Karen.  “I think if we had just left the hospital with the baby [without the ceremony], it would have felt strange.  It made the adoption feel official, kind of like a marriage.”

Eric and Robin originally planned on a ceremony at the hospital as well, but plans changed when Shelly, their daughter’s birthmother, had an unexpected Caesarean section. Much of her family wouldn’t be able to make it. They decided to meet at the birth family’s home the day after Shelly was released from the hospital, when her extended family could participate. Shelly and her mother were able to print and frame pictures of the baby taken at the hospital, as well as images of family and friends to display around the house. The birth grandmother ordered a sheet cake with four candles for the four days of life their daughter had had. Eric says, “We called it a ‘Celebration of Life’ so it wouldn’t take on a religious tone, and it really was a celebration. The family had put together family heirlooms for us to take home for Madison, including Shelly’s silver baby rattle.”

Eric and Robin knew that Shelly and her family were private people, so instead of speaking publicly at the party, they gave her a letter that they had written the night before.  “We wanted to let her and her family knows how thankful we were for them and how much we love our daughter,” says Eric.

Bobbie and Eli and their birthmother, Ashlee, waited until two weeks after their daughter’s birth to host a ceremony. It coincided with the signing of Ashlee’s relinquishment papers, making the adoption legally binding. Bobbie says, “Waiting those two weeks felt like a good decision for everyone because leaving the hospital was such an emotional experience for all of us.” During their ceremony, Bobbie and Eli presented their birthmother with a special bracelet that was inscribed with the words “Faith, Hope and Courage,” which matches one Bobbie wears as well.

Birth grandfather and poet, Paul, incorporating a special adoption poem during the legal relinquishment process of his daughter creating important memories and a keepsake in their open adoption process.

An adoption entrustment ceremony isn’t going to be possible for every adoption, but Lynne Fingerman, Director of Adoption Connection, believes adoptive parents can do little things in the hospital that can ease the transition and celebrate the birthmother’s love and care. “Whether you send flowers to your birthmother or have her family participate at the hospital in feeding the baby, there are things you can do to create trust and ongoing tradition… things that you can tell your child about later on.”

“Think about your lifetime raising your child versus this birth family’s contact in the first few days or weeks after an adoption” says Danielle. “Stay calm, be generous, and take the long view” is her advice on dealing with emotional ups and downs at the hospital and after the birth.

An Event to Remember

When Bridget chose to place her son with Erik and Christina, she was hesitant to go forward with an entrustment ceremony at the hospital. “I was initially scared and only agreed because Erik and Christina wanted to do one,” she says. “But it turned out to be very powerful for me.” Since both families were Catholic, the couple brought in a member of the clergy to say a few words during the ceremony.

Bridget would definitely recommend a ceremony to other birthparents. Her advice? “Be open-minded to the adoptive parents’ ideas and just let them plan it if you feel overwhelmed.”

Taking pictures and videotaping the event are also good ideas. When adoptees start to ask questions about where they come from, they want to taste, touch, and feel as much of the early stuff as they can. Having a video or pictures of the entrustment creates a legacy of caring and love for the child. Just as importantly, it can show the growing child that his or her adoption was a deeply loving choice based on a conscious decision.